Vasayo is scheduled to launch into Australia and New Zealand sometime around August to November sometime. 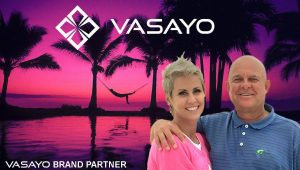 Vasayo Launched in the USA and Canada in January 2017.

Vasayo is now entering into Pre Laounch in Hong Kong, China, Singapore and Taiwan. And in the last quarter of 2017 Vasayo plans to Launch into Malaysia, Australia and New Zealand.

We are now taking PRE enrollment to allow you leaders to start putting your teams in place.

Vasayo is breaking records in the industry. With over $12 Million in sales our first month and over 6000 in attendance for the first Vasayo Grand Opening convention.

Dallin Larsen has taken 2 companies in the direct sales / Network Marketing industry to over $1 Billion in sales. First Dallin Larsen helped Launch Usana and became the president of Usana and helped take Usana to over a Billion is Sales.

Then Dallin Launched MonaVie. Dallin Larsen and MonaVie was the fastest company to reach a billion in sales In only 3.5 years Dallin Took MonaVie to over a Billion in Sales and Australia was a BIG part of MonaVie’s success.

Now Dallin Larsen has launched his final business with Vasayo. Now it’s time to take Vasayo to Australia and New Zealand. This is your chance to Help launch what is expected to be the next Billion Dollar business and you have the chance to get involved at the VERY beginning.

Don’t look back a year from now and wish you started today!!!

This Top income earning Leadership team is the largest and fastest growing team in Vasayo. We are now helping Vasayo launch in Australia and New Zealand. 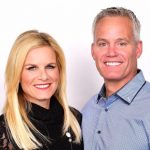 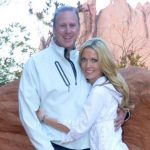 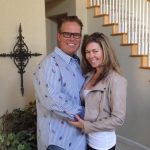 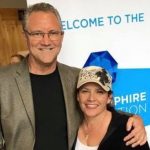 Remember this is ONLY for Pre to the Pre Launch. You are having the ability to Join Vasayo at the VERY beginning Before Vasayo enters into PreLaunch later this year. If you are looking for perfection in the process wait until the launch of Vasayo into your country.

If you are looking to build a big Vasayo team and would like to get a head start in building your Vasayo team in Australia, New Zealand are Malaysia or any other country for that matter contact me ASAP.

Timing is everything. I was at the very first Vasayo meeting at Dallin and Karree Larsen’s house in October 2016. In the next 3 months before the Vasayo launch, before Vasayo shipped our first product, before Vasayo had a compensation plan. I personally enrolled over 130 people. This is your opportunity to Launch Vasayo into Australia or any other countries and set yourself and your team up for MASSIVE success with Vasayo.